Innovation and tradition share equally deep roots at SCARPA, which to this day remains a family owned company with its headquarters and performance footwear manufacturing facilities in the same regions of northern Italy where it got its start in 1938.

Founded in the foothills of the Dolomite Mountains, in the Asolo / Montebelluna region, an area long known for its quality, handcrafted footwear, SCARPA’s initial mission was to bring together all the best shoemakers in the Asolo area toward the goal of producing the best footwear anywhere. SCARPA stands for Società Calzaturiera Asolana Riunita Pedemontana Anonima, which means Associated Shoe Manufacturing Company of the Asolo Mountain Area.

It was immersed in this tradition of craftsmanship and heritage that Luigi Parisotto, who would eventually purchase the company with his brothers and grow it into a family enterprise, first began learning the art of making fine footwear. Parisotto began learning his craft at age 11 in 1940 and went to work for SCARPA in 1942. From the beginning, Parisotto loved the process of building handcrafted footwear, and in the early 1950s ran his own shoe-manufacturing business, S. Giorgio, with his brothers, turning out between four and 15 pairs of handmade shoes a day. These were sold to local farmers who sought out shoes that were both comfortable and indestructible.

In 1956, Parisotto and three of his brothers, with the assistance of their family, pulled together enough money to make an offer on SCARPA. It was accepted and the business quickly grew under their leadership to encompass 17 expert shoemakers , and expanded during these early years to produce 50 to 60 pairs a day. In the late 1950s, word about SCARPA’s quality began to spread more widely outside the Montebelluna region and they attracted clientele from many other parts of northern Italy. 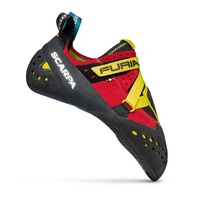 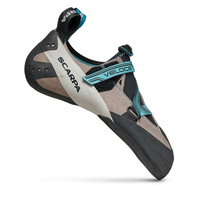